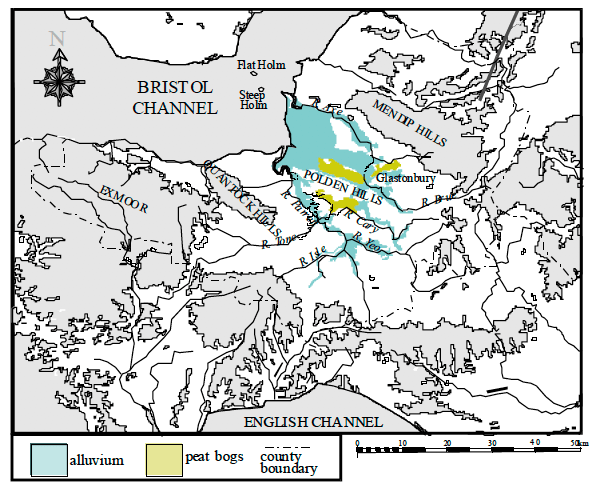 could be considered as a gateway to the Somerset Moors and Levels, attractive for its abundance of wetland wildlife, large flocks of migratory birds and unique lifestyle and traditional industries. The moors, designated an Area of Outstanding Natural Beauty, are accessible via a network of footpaths, cyclepaths and quiet rural roads. The RSPB nature reserves are especially popular for bird-lovers.

The town lies at the junction of the levels and the higher land to the north and east. This location, convenient for transport by water and land and capable of drawing resources from a wide variety of habitats, was responsible for the outstanding success of Glastonbury Abbey: the greatest monastery in the British Isles. As well as the archaeology and architecture of the Abbey, Glastonbury is famous for the Iron Age Lake Village and the Dark Age occupation on the Tor. Northover Mill lies at a nexus of the archaeological remains which demonstrate the role Glastonbury Abbey played in the development of industry and transport throughout the Middle Ages, a side of its heritage which has received little attention.

The canal connecting the river Brue with the Abbey and the town has been dated by radiocarbon dates to the 10th century, the time of the great abbot and statesman St. Dunstan, making it the oldest closed-end, purpose-built canal in the British Isles. Dunstan was engaged in a large building programme and would have used the canal to transport stone, iron and timber from the river barges to the Abbey. The millstream serving Northover and Beckery Mills would have severed the canal and brought about its demise. 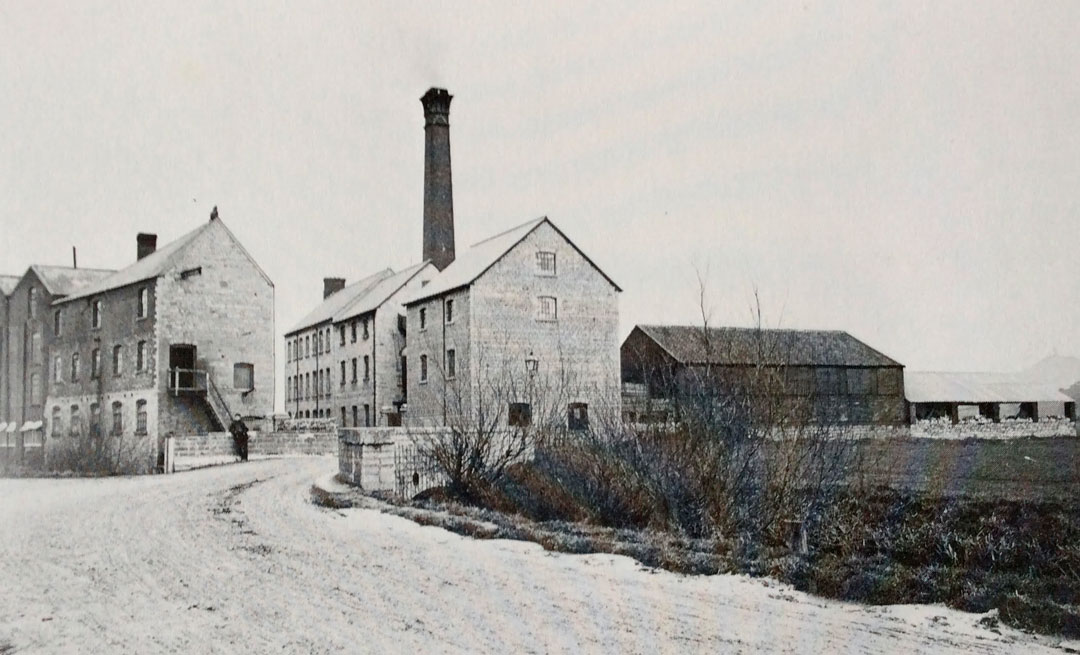 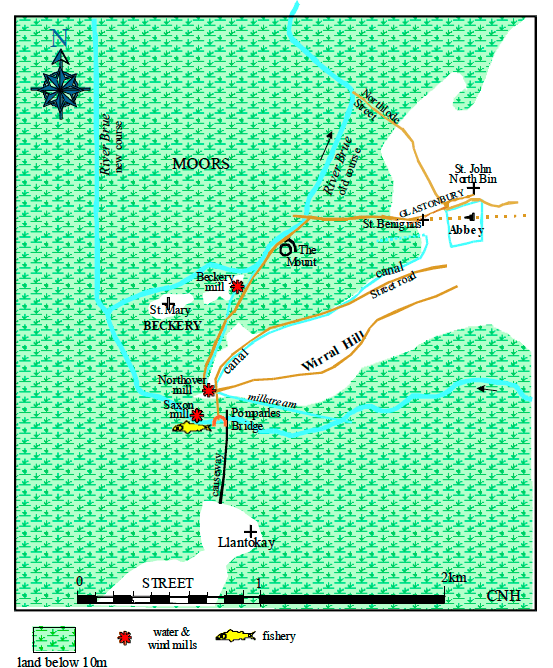 The district called Beckery became the main industrial site for the Abbey, largely due to its proximity to major transport routes: the River Brue defines its western and southern boundaries and the narrowest piece of moorland between Street and Glastonbury was bridged here by an ancient causeway. Pomparles Bridge mentioned in Mallory as the location where the wounded King Arthur commanded Sir Bedivere to cast his sword Excalibur.

The island of Beckery would have been the first landfall for visitors and goods travelling the River Brue to Glastonbury until the Abbey diverted the river in the 13th century to avoid paying dues for using the portion of the river that passed through the lands of the Bishop of Wells.. There are two islands called Beckery: one in Wexford Harbour, Ireland, and one at Glastonbury and it is thought that it is a rare example of an Irish place-name in England. The name is often interpreted as deriving from the Irish becc-eriu, meaning “little Ireland”, however others suggest the name means “bee-keeper’s island”, which probably makes more sense. The Wexford Beckery (or Beggary) still displays the ruins of a small 6th century monastery founded by St. Ibar, while the crest of Beckery, Glastonbury, carries the small monastery of St. Mary Magdalene, which has been designated a Scheduled Monument (number 427), affording it the maximum protection available to archaeological sites, since excavations by Philip Rahtz in the 1960s found the chapel and its cemetery were dated to the centuries preceding the Norman Conquest. The chapel contained an altar to St. Brigid, giving the name ‘Brides’ to the surrounding fields, which must have been used for the upkeep of the monastery, and was the focus of substantial numbers of pilgrims from Ireland. 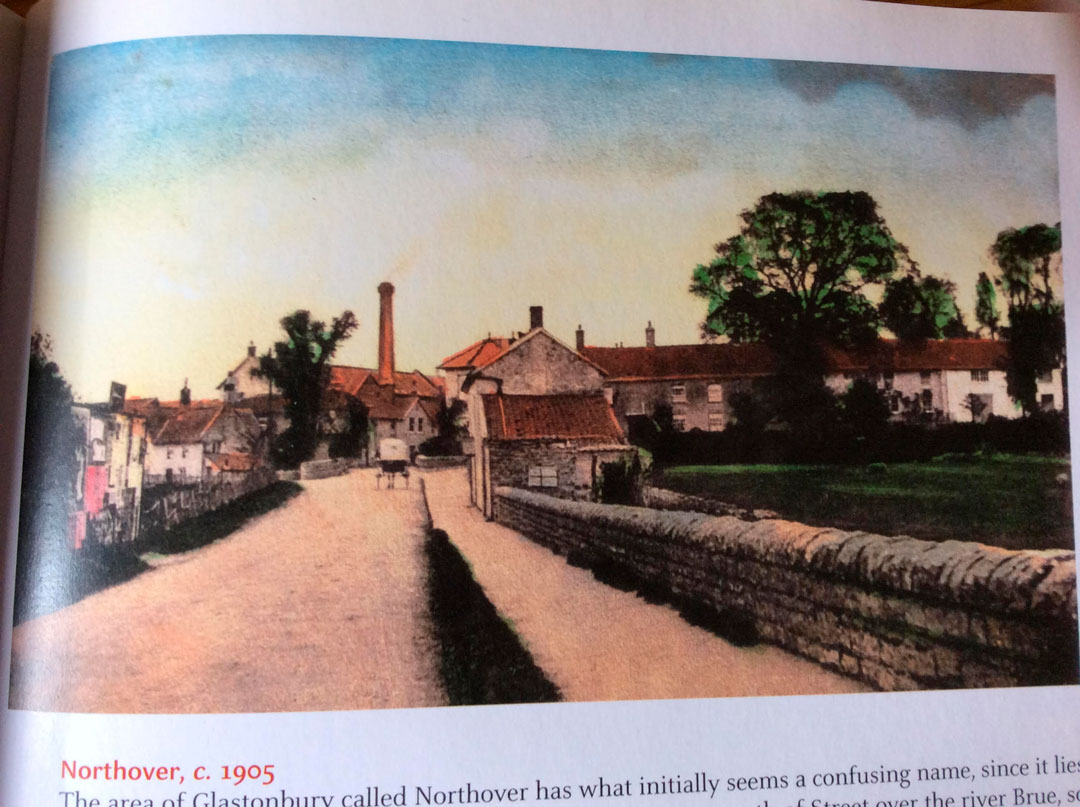 As well as transport, the river Brue was also used for its industrial potential:

The 19th century industrial complex created by the Morland and Bailey companies were therefore located on an industrial site of some antiquity. The factories producing, among other things:

These industries have now been closed, leaving behind buildings, industrial installations and a sewage farm designed to deal with the tannery waste from this site and the, now closed, factories and tanneries owned by Clark’s in Street (c1 mile to the south). 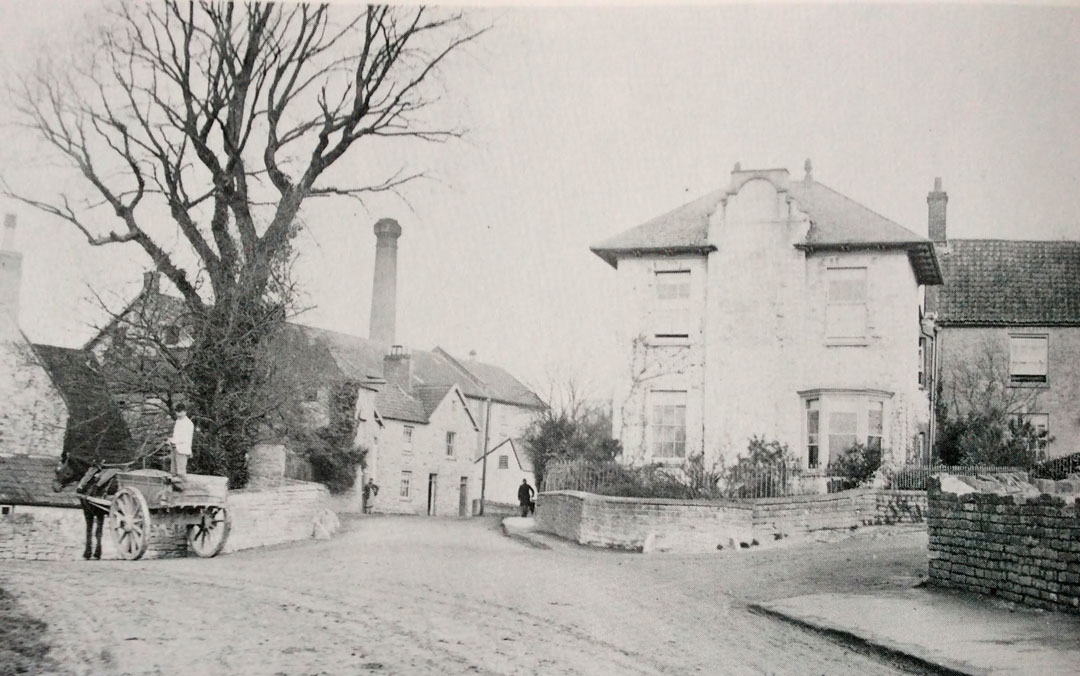 After clearance and infrastructure works on the site by SWRDA, the buildings that remain standing are, from south to north:

This fine group of buildings can be likened to a physical reference book of the history of industrial structures, ranging from medieval stone and lime mortar to Victorian stone, brick, cement and iron to 20th century glass and steel. They make an interesting contrast and compliment to Glastonbury’s world-famous medieval architecture – religious, domestic, commercial and industrial.

The listed buildings are protected by legislation and cannot be demolished, while the other remaining buildings have been retained by the site owners because of their architectural value. They will stand as a testament to the world-class industries created by generations of local skills and expertise while, at the same time, offering inspiration to the designers of the new buildings on the site in order to produce the architectural gems of the future.

Industrial activity has proved successful on this site for at least a millenium, proving it to be a sustainable land-use in the past. British industry has been experiencing difficulties and challenges in recent decades but past experience suggests that if it could thrive anywhere, it would be on a site such as this.

Get in Touch. Get Involved.